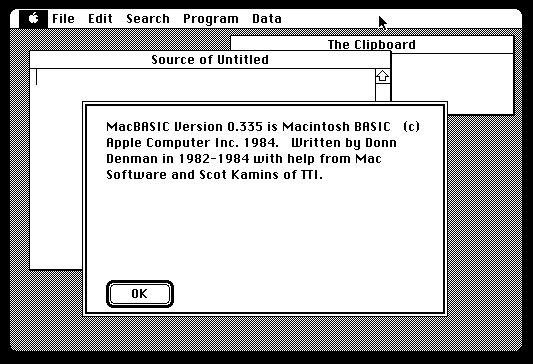 by
Donn Denman (for Apple Computer)

MacBASIC was released as beta software in 1985, and was adopted for use in places such as the Dartmouth College computer science department, for use in an introductory programming course. In November 1985, Apple abruptly ended the project as part of a deal with Microsoft to extend the license for BASIC on the Apple II. Although Apple retracted MacBASIC, unlicensed copies of the software and manual still circulated, but because MacBASIC was no longer supported by Apple and not designed to be 32-bit-clean, interest eventually died out.